I acquired the Benro G2 Camera Ballhead and multiple quick release plates in May of this year. It is mounted to a FEISOL Elite Tripod CT-3372 Rapid. I shoot with the Canon 5D series and also use a Canon 70D as my back up and wildlife camera.  I shoot with an assortment of lenses from super-wide angle up to a Canon 100 – 400 f/4.5L with a 1.4 multiplier. This gives me a combined weight on the high side of around 6.5 pounds (3000g). 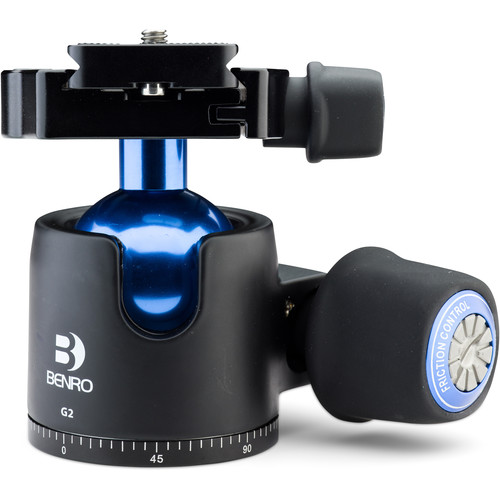 When reviewing new equipment, I never like to offer my opinion until I have had the equipment for a while. I’m not sure if you would consider me “Hard” on my equipment as I do take good care of it, but my equipment does get taken to some extreme locations and thus takes a bit of a beating at times.

I paid $220 for the system.  In the box is a ballhead with a quick release knob locking mechanism as well as one PU60 mounting plate. Additional mounting plates are only $35 each which is important when shooting with multiple cameras and zoom lens.  My first impression of the ballhead was really good. It looks great,  felt smooth when rotating and, most importantly, is extremely firm when locked into place. The finish is top notch and the rubber coated grip on the locking knobs was nice to the touch and the squared off knobs gave outstanding feel. One of the selling features of the G2 is the variable friction control which is a small dial embedded in the primary ballhead knob.  While this is not quite as easy to use as an external friction knob, it also takes up zero room making it easier to control the ballhead in a dark environment. To operate the friction dial, you simply twist the primary knob to the locked position and then rotate the friction dial to the right or left to tighten or loosen the friction respectively.  This adjusts the amount of friction when the primary knob is in the loose position. 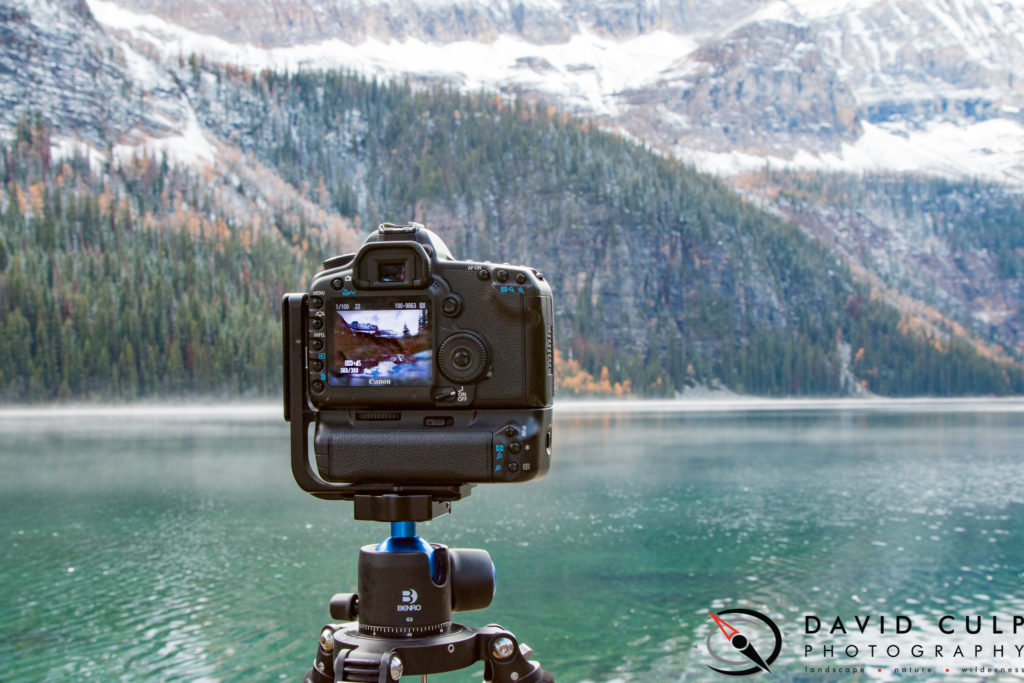 Why is this friction knob important? Well, if you have 7 pounds of camera gear on your tripod and loosen the head, the camera and lens can easily tilt forward and tip over your tripod costing you thousands of dollars. By setting the proper friction when the primary knob is in the loose position, you can loosen the friction enough to recompose your image without losing control of the camera.  In addition to this, setting just the right friction can allow you to pan your camera with a large lens while shooting wildlife. It is nowhere near as smooth as a gimbal head, but if you don’t need panning often, it is a handy feature.

The first ballhead that was delivered to me from Hunt’s Photo & Video had an issue with this friction knob. Once it was discovered to be faulty, it was very quickly replaced with no hassle and the second one worked perfectly.

Another nice feature of this ballhead is the quick release plate system. The mounting plates have set screws in them that allow the plate to slide back and forth to adjust the center of gravity of your camera and lens, but will not allow the plate to slide out of the mount unintentionally. This feature is very important when shooting with a large telephoto lens.  In order to remove the camera and plate from the head, the plate locking knob has to be pulled out to engage the loosening mechanism. I’m very fond of this feature as I’m prone to loosen the wrong knob when in a rush. 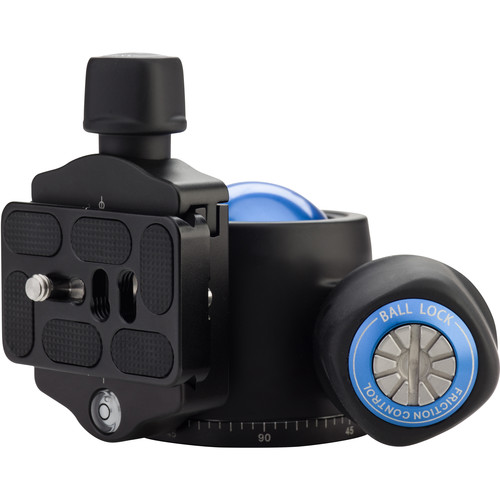 The head itself has only one drop notch. This is the slot that allows the camera to tilt for a vertical shot if you are not using an L-bracket. The number of drop notches and the relation of these slots to the primary ballhead loosening knob is an important aspect when choosing a ballhead. I found the location of this slot to be an issue when using the ballhead without an L-bracket. When turning the camera 90 degrees, the location of the loosening knob was a bit too close to the camera and had me reaching across my body to adjust my composition.  When using an L-bracket, I simply use the quick release and rotate my camera and lock the camera back into place. I strongly recommend the L-bracket option. 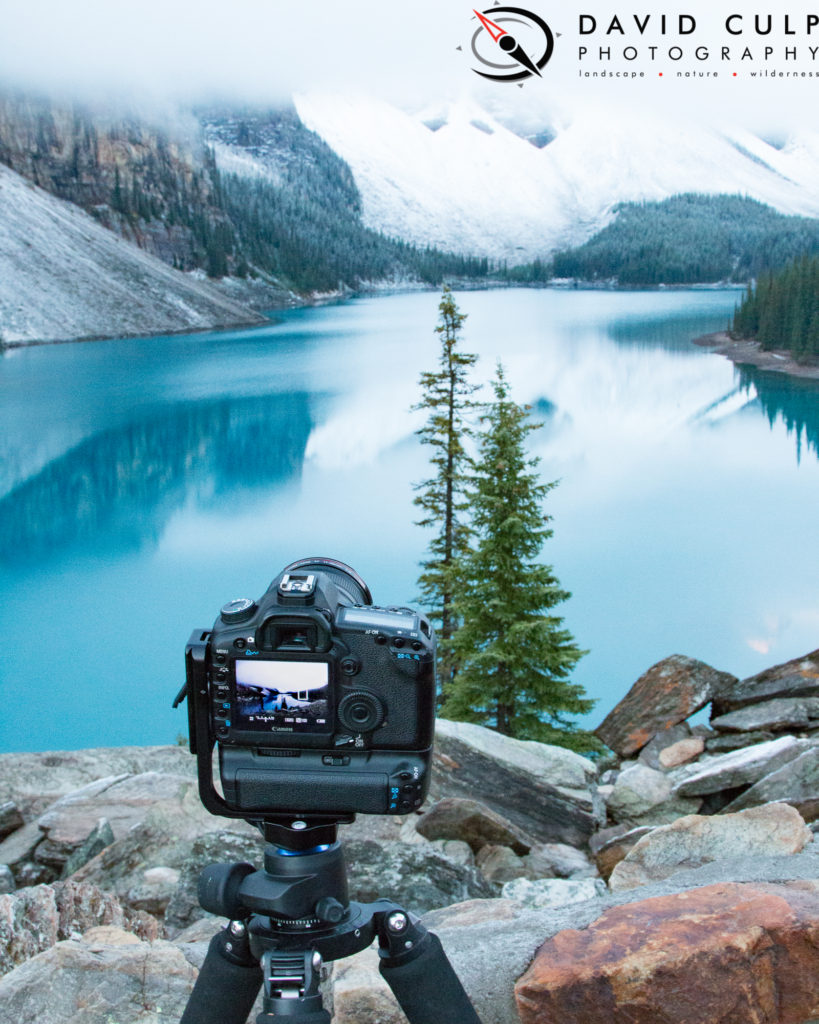 This is a great ballhead for the money. The system as I have it configured is less than half that of the most expensive models on the market. It is easy to use and locks as solid as a rock.  Sure, it has a few downsides compared to the more expensive models, but my goal is to find good gear at reasonable prices and save my money for more trips shooting. This ballhead qualifies.

Cons: Only one drop notch, level is hard to read, rubber on the knobs scrapes off a bit if they hit rocks.

This Week in Photography

The Color of Animals

Enter your email address below to stay informed on upcoming Workshops, Events, and much more.

Enter your email address below to stay informed on upcoming Workshops, Events, and much more.